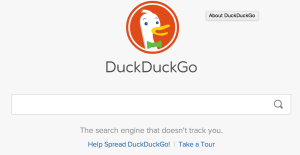 There is a growing concern about companies that posses enormous amounts of our personal data (such as Google, Facebook and Uber) using it for bad purposes. A recent NYTimes op-ed proposed that we need information fiduciaries that would ensure data was being used properly:

Codes of conduct developed by companies are a start, but we need information fiduciaries: independent, external bodies that oversee how data is used, backed by laws that ensure that individuals can see, correct and opt out of data collection.

I’m not convinced that there has been much harm from all of this data collection—these companies usually want to collect this data for purposes no more nefarious than up-selling you or maybe price discriminating against you (or framed in more positive terms, offering discounts to customers with a low willingness to pay). More commonly, they collect data because they need it to make the service work—or it just gets captured as a by-product of running a computer-mediated platform and deleting the data is more hassle than storing it.

Even if we assume there is some great harm from this data collection, injecting a third party to oversee how the data is used seems very burdensome. For most of these sites, nearly every product decision touches upon data that will be collected or using data already collected. When I was employed at oDesk I worked daily with the database to figure out precisely what “we” were capturing and how it should or could be used in the product. I also designed features that would capture new data. From this experience, I can’t imagine any regulatory body being able to learn enough about a particular site to regulate it efficiently, unless they want a regulator sitting in every product meeting at every tech company—and who also knows SQL and has access to the firm’s production database.

One could argue that the regulator could stick to broad principles. But if their mandate is to decide who can opt out of certain kinds of data collection and what data can be used for what purpose, then they will need to make decisions at a very micro level. Where would you get regulators that could operate at this micro-level and simultaneously make decisions about what was good for society? I think you couldn’t and the end result would probably be either poor, innovation-stifling mis-regulation or full-on regulatory capture—with regulations probably used as a cudgel to impose large burdens on new entrants.

So should sites just be allowed to do whatever they want data-wise? Probably—at least until we have more evidence of some actual rather than hypothetical harm. If there are systematic abuses, these sites—with their millions of identifiable users—would make juicy targets for class action lawsuits. The backlash (way overblown, in my opinion) from the Facebook experiment was illustrative of how popular pressure can change policies and that these companies are sensitive to customer demands: the enormous sums these companies pay for upstart would-be rivals suggest they see themselves as being in an industry with low switching costs. We can also see market forces leading to new entrants whose specific differentiator is supposedly better privacy protections e.g, DuckDuckGo and Ello.

Not fully trusting Uber is not a good enough reason to introduce a regulatory body that would find it nearly impossible to do its “job”—and more likely, this “job” would get subverted into serving the interests of the incumbents they are tasked with regulating.