There are numerous examples of Chinese speakers avoiding the number “4” because it sounds like the Mandarin word for death; the Wikipedia page on “Tetraphobia” documents several examples. My NYU colleague Adam Alter recently published an article in the New Yorker discussing some of his work on how cultural beliefs can have economic and financial significance. After I read his article, I was curious whether Chinese freelancers on oDesk are less likely than expected to use the number 4 in their profiles. It seems like they are: 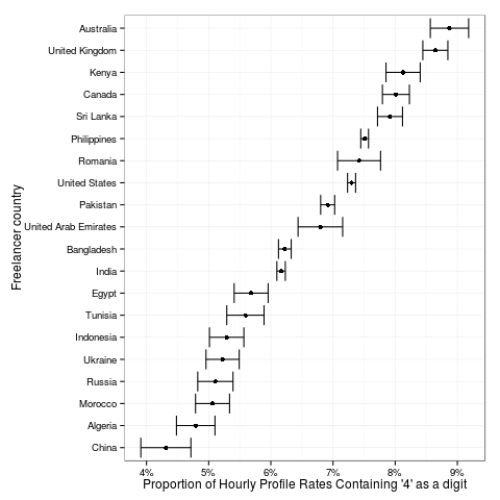