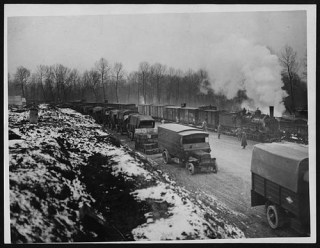 Tyler Cowen recently highlighted this paper by Marko Terviö as an explanation for labor shortages in certain areas of IT. The gist of the model is that in hiring novices, firms cannot fully recoup their hiring costs if the novices’ true talents will become common knowledge post-hire. It’s a great paper, but what people might not know is that the theory it proposes has been tested and found to perform very well. For her job market paper, Mandy Pallais conducted a large experiment on oDesk where she essentially played the role of the talent-revealing firm.

Here’s the abstract from her paper:

… I formalize this intuition in a model of the labor market in which positive hiring costs and publicly observable output lead to inefficiently low novice hiring. I test the models relevance in an online labor market by hiring 952 workers at random from an applicant pool of 3,767 for a 10-hour data entry job. In this market, worker performance is publicly observable. Consistent with the models prediction, novice workers hired at random obtain significantly more employment and have higher earnings than the control group, following the initial hiring spell. A second treatment confirms that this causal effect is likely explained by information revelation rather than skills acquisition. Providing the market with more detailed information about the performance of a subset of the randomly-hired workers raised earnings of high productivity workers and decreased earnings of low-productivity workers.

In a nutshell, as a worker, you can’t get hired unless you have feedback, and you can’t get feedback unless you’ve been hired. This “cold start” problem is one of the key challenges of online labor markets, where there are far fewer signals about a worker’s ability and less common knowledge about what different signals even mean (quick: what’s the MIT of Romania?). I would argue that scalable talent discovery and revelation is the most important applied problem in online labor/crowdsourcing.

Although acute in online labor markets, the problem of talent discovery and revelation is no cake walk in traditional markets. Not surprisingly, several new start-ups (e.g.,  smarterer and gild) are focusing on scalable skill assessment, and there is excitement in the tech community about using talent revealing sites like StackOverflow and Github as replacements for traditional resumes. It is not hard to imagine these low-cost tools or their future incarnations being paired with scalable tools to create human capital, like the automated training programs and courses offered by Udacity, Kahn Academy, codeacademy and MITx. Taken together, they could create a kind of substitute for the combined training/signaling role that traditional higher education plays today.